mousemusings...multimedia, music, progressive politics, video, web design and general rants
Human beings will be happier - not when they cure cancer or get to Mars or eliminate racial prejudice or flush Lake Erie but when they find ways to inhabit primitive communities again. That's my utopia.
~Kurt Vonnegut
Saturday, March 31, 2007
We Are Not Buying It

Perhaps a minor issue in terms of national priorities: the Senate is considering a bill that would make nearly ll federal employees eligible for telecommuting.

Two senators think it's time for more federal employees to be telecommuting.

Ted Stevens (R-Alaska) and Mary Landrieu (D-La.) have introduced a bill that would make nearly all government employees eligible to telecommute. The bill covers employees in the executive, legislative and judicial branches.

Under current practice, employees are assumed to be ineligible for telecommuting unless their agencies select them for work-at-home programs, the senators said in a statement.

No, it only seems like a minor issue, because it is not getting any attention from the media.

In fact, if we are to get over our addiction to foreign oil (not that it matters much whether the oil is foreign), we need to take a look at these things. If we are to address serious problems with fragmentation of families, inadequate provision of childcare, losing talented people from the workforce, job loss due to family crises, then we need to take a look at this.

Furthermore, the energy and cost savings would not be restricted to the reduction in automobile fuel costs. The costs of operating the office, providing parking, hiring replacements for people who can't make it to the office temporarily, would all go down.

I suspect that some managers are accustomed to feeling a need to keep an eye on the employees. But with telecommuting, not only is it possible to keep track of employees, it is possible to log their productivity and availability in an automated fashion. Plus, people get paid to get the job done. In managers are unable to tell whether or not the job is getting done, they need to re-evaluate their performance measures.

With any luck, this measure will pass, the practices of the federal government will have an influence on other employers, and this will become standard practice.

If the feds do this right, they will be able to demonstrate that they get lower costs and higher productivity. That might convince a few others to follow along. posted by : Joseph j7uy5 | link |    | | 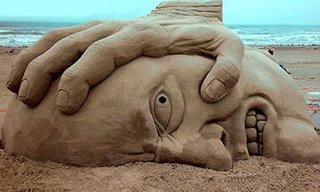 Someone asked a good question. It would have been one of the first questions I would have asked someone faced with a situation similar to mine. What about COBRA?

I'm eligible for COBRA, yes. At the moment I am taking FMLA. No pay, but I had 8 weeks of vacation saved up, so 8 of the 12 FMLA weeks will be like regular pay with normal deductions taken out to cover my benefits, with my workplace continuing to pay their share. For the final 4 weeks (with vacation coverage exhausted), I will have to pay my portion of the benefits and my workplace will pay their portion. After FMLA is exhausted, which for me will be May 19th, I become eligible for COBRA.

COBRA allows a single person to continue their coverage for up to 18 months (longer for families) after a qualifying event. COBRA does not require the (former) employer to pay their portion any longer, and in fact, allows that the employer may charge the ex-employee 2% on top of the total cost of benefits for administrative fees.

How does a person who no longer has an income pay $376.05 a month for insurance coverage? Apparently only one in five people eligible for COBRA (.pdf) take advantage of it. I have to guess that the one in five are CEOs who just received a huge severence package. CEO I'm not. Severence package? Nope. It is however, possible that I will be eligible for unemployment because it was clear (and documented) that I was able to continue working via telecommuting. It was departmental policy that prevented me from continuing, not performance. Regardless, umemployment, if I can get it, will be used for necessities, of which I can no longer consider insurance to be.
Contract work is also a possibility.

I have to take into account that hiring care for my mom when I'm away costs $12.50 an hour. Imagine what a 3 hour visit to the dentist actually costs now! I'm doing it though because I intend to use every penny of my dental coverage while I still have it! I'm also hedging bets that I will stay healthy. It's a gamble, but $4500+ a year for insurance coverage is simply more than an unemployed person can pay.

Two timely and related articles, Universal Care: Getting The Right Mix and Aged, Frail and Denied Care by Their Insurers make me happy we opted not to pay for long-term care insurance and give me some hope that soon, our system may work better. posted by Cyndy | link |    | |


Speaking 20+ minutes on his and Conyers health care plan. Bill H.R.676.
I should add that no one should lose their job, and in turn, their health care, to take care of a loved one. If it happened to me, it can happen to you. His bill addresses long term care.
After viewing the video I'd like you to read this ABC News article. Deliberate shut out? We are really an informed population (rolls eyes) or that is one rare reporter who paid absolutely no attention. How often can shoddy reporting possibly happen in the United States of America? posted by Cyndy | link |    | |

Have you heard of HR1234? I don't hear it nearly often enough. Read it. Read the findings, read the statement of policy, read the disengagement.

This is what will ultimately happen. Why aren't we just doing it now?

Patience is a virtue? Not when people are dying. Not when we are spending $2.2 TRILLION dollars. If instead, we had invested that $2.2 trillion in wind turbines, we would now have enough electricity to provide roughly 150 percent of total U.S. energy needs.


Run government as a business? It isn't working, with the exception that the CEO and his buddies are getting rich.

Prolonging the decision to get out of Iraq is to no ones benefit. Not making a decision is a decision for more of the same. A stagnant business ultimately fails. A business who is despised world-wide fails sooner and falls harder.
posted by Cyndy | link |    | |

It wasn't because I didn't do the work. I was actually twice as productive. It wasn't because they didn't like me either. It was because there is a sentence in our policy that says, 'Telecommuting will not be a substitute for day care or elder care'. I fought it as hard as I could fight.

So that's that. Last Friday was my final day on the job I've had for 11 years. Poof, 11 years gone. February 24th was my official 'Last Day'. It was also the anniversary of my brother's death 11 years ago.

I have 11 more weeks of FMLA and then my benefits also go poof!

What did I spend my time doing this week? I ordered seeds. I guess I need to put some new roots down. posted by Cyndy | link |    | |